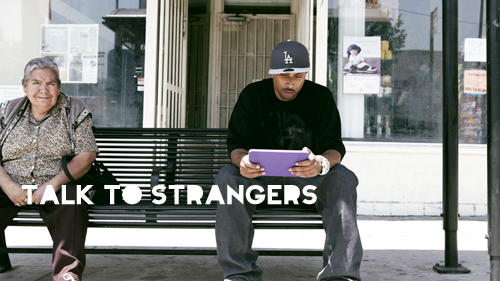 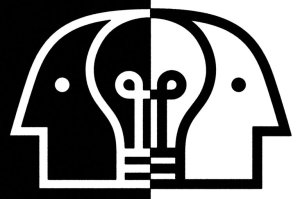 Talking to strangers is certainly not something we encourage children to do, but importantly, talking with and understanding the “other” is essential for citizenship in a democracy.

American schools generally understand that democracies need active, informed and responsible citizens who are willing and able to take responsibility for their communities and contribute to the political process. For our schools to be incubators of engaged and effective citizens though, they require diversity. Being in a community of people with different ideas teaches students to listen, try on ideas, grapple with difference, develop empathy, and build compromise and cooperation skills.

Democracy requires that citizens respect the “other,” and regard them as one’s equal regardless of ideological or cultural differences. Citizenship requires the will to live with and for fellow citizens.

The 2016 election campaign symbolizes the current breakdown in public discourse that threatens our democracy – name-calling from both sides, and too much shouting without listening. Partisan media outlets (FOX, MSNBC, etc.), 24-hour news cycles, and social media has given everyone a megaphone to broadcast their views, and it is difficult to hear anything when everyone has a megaphone. The way candidates, pundits, and prominent individuals use media teaches young people that if they aren’t the loudest, their opinion doesn’t matter, and it shuts down opportunities for cooperation and understanding.

Schools can counterbalance this loudest-is-best, shout-without-listening culture. Our classrooms are places where students exchange and receive feedback about ideas. But too many of our schools are “echo chambers,” where conversations reinforce commonly held views. The lack of truly diverse opinions at some of our schools makes it too easy for students to hear their own opinions echoed back to them. Similarly, friendships in social media with people of like-minded ideas hardens beliefs and builds wedges against other ideas. The reaction by students in “blue” parts of the country since the election of Donald Trump helps illustrate that our echo chambers reinforce our own present world views, making them seem more correct and universally accepted than they really are. A democracy that descends into tribalism will not be a democracy for long.

By engaging in civil discourse with people who share different values, attitudes, beliefs, and partisan identification, our students can learn to be citizens who know how to understand others, are more humble in their own beliefs, and are willing to compromise to work for the common good.

What is civil discourse?

Civil discourse is “robust, honest, frank and constructive dialogue and deliberation that seeks to advance the public interest” (Brosseau 2011). It is “the exercise of patience, integrity, humility and mutual respect in civil conversation, even (or especially) with those with whom we disagree” (Davis 2010).

Civil discourse does not simply mean being polite – argumentation is a social good. “Creating a culture of argument, and the thick skin that goes along with it, are long-term projects that will serve democracy well” (Herbst 2010).

How can a school that has a clear majority opinion develop a culture of robust discussion of diverse ideas? It’s a challenge.

On many occasions, I have joined classrooms together from around the country, across time zones, for discussions of common academic content, and to work on projects. When I taught for an independent online school, my AP Government students did this as a natural part of the course, and the conversations about politics brought forth a more diverse group of opinions than in any single brick-and-mortar classroom I have ever been in.

I am working on a project to join schools around the country to do this very thing. This election has proven to us the divisions of attitudes in this country runs deep, and there is a risk they will harden if we educators allow our students to imagine the worst about people on the other side of a debate.

I encourage teachers and administrators at all schools to look for ways to connect with each other across the country. If you want to join in this work, please use the contact form on my website to connect with me and I will include you in the project I am beginning.

Resources from the Presentation: “Robust and Responsible Digital Citizenship”, given at the Online Education Symposium for Independent Schools.